#YJAM: Giving Girls the Supports They Need to Lead Safe and Healthy Lives 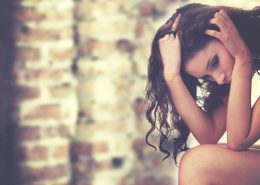 “During the month of October – National Youth Justice Awareness Month – I had the opportunity to travel with Tanya, Maui, Breauna, and Cassaundra, four women formerly involved with the juvenile justice system in West Virginia, South Carolina, Tennessee, and Southern, California.  Their ages range from early twenties to late thirties – bridging decades and spanning the city streets of Los Angeles to the Appalachian Mountains. We were traveling together to conferences, roundtables and strategy sessions to advocate for juvenile justice reform focused on the needs of girls. These four women were so different and yet they shared strikingly similar experiences.

Two of the them ran away from home for the first time when they were seven years old – fleeing homes rife with violence and abuse. All of them are survivors of sexual, physical, and emotional abuse, and other forms of family dysfunction. Before the age of 16, they were all detained for status offenses such as running away, truancy, and unruly behavior – detained, handcuffed, and shackled at the ankles.

Unequal Lives: The State of Black Women and Families in the Rural South
Scroll to top