Will the System Fail Bresha Meadows?

You are here: Home / Resources / News / Will the System Fail Bresha Me...

Will the System Fail Bresha Meadows, a Teen Who Killed Her Allegedly Abusive Father? 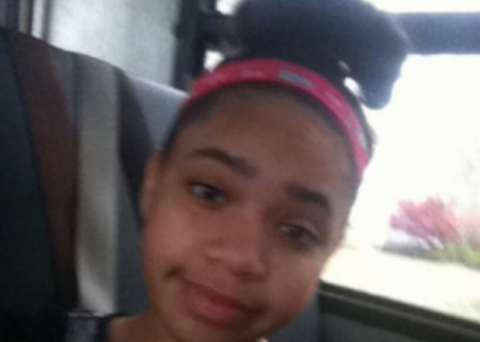 At the center of a debate around criminal justice, domestic violence, and black women’s rights to self-defense, a 15-year-old girl in an Ohio juvenile detention center awaits trial for killing her father with his own gun. Bresha Meadows was 14 when she shot her father, Jonathan Meadows, early in the morning on July 28 in their home; her mother Brandi Meadows has since called her a “hero” for ending more than two decades of physical and emotional abuse she says she suffered at his hands.

The story told by Brandi, Bresha’s aunt, and Bresha’s attorney paints a horrifying picture of a mother and three children living in fear for their lives under a man who abused them with threats, extreme control of their movements, and, in Brandi’s case, unrelenting physical assaults. “I wasn’t strong enough to get out, and she helped me,” Brandi told a Cleveland Fox affiliate of Bresha’s alleged last-ditch effort to save her mother from her father’s abuse. “I am so sorry she had to go through this. … She helped me—she helped all of us so we could have a better life.”

An order of protection Brandi received in 2011, then later dismissed, states that Jonathan cut her, bruised her, and broke her bones and blood vessels. “If he finds us, I am one hundred percent sure he will kill me and the children,” she wrote in her filing. “My life is like living in a box he created for me, and if I stepped out of that box, he’s there to put me back in that box.” Brandi told the Plain Dealer that his assaults have sent her to the hospital or other medical facility 15 to 20 times over the course of their relationship. According to Martina Latessa, who is Bresha’s aunt and Brandi’s sister, Jonathan punched Brandi until her teeth broke, kicked her, stomped on her, smashed her with a 25-pound weight while she was pregnant, required her to stay on the phone with him if she ever left the house alone, and threatened her and the kids with his gun, saying, “I will kill your fucking kids. You will watch your kids die. That is the last thing you’ll see.”

Read this full article on Slate.