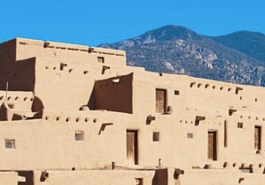 They’re poor, more likely to be sexually abused, end up in foster care, drop out of school, become homeless. They’re often the prey of traffickers.

American Indian and Native Alaskan girls are a small fraction of the population, but they are over-represented in the juvenile justice system, whether they are living on or off the reservation.

Native American girls have the highest rates of incarceration of any ethnic group. They are nearly five times more likely than white girls to be confined to a juvenile detention facility, according to the U.S. Office of Juvenile Justice and Delinquency Prevention.

There are programs on tribal lands that work with Native girls who have been caught up in the system, using federal funds. But American Indian girls often find themselves without state or local social service programs tailored to their cultural backgrounds and experiences, which are distinct from other girls living in or on the edge of poverty.

“As Indian people, our greatest hope is our children. And our kids are really at risk,” said Carla Fredericks, director of the American Indian Law Clinic at the University of Colorado Law School in Boulder. “The only way we can help these girls is if we do it cooperatively, with the states, federal government and within our own communities.”

A rare example of that kind of collaboration is the Minnesota Indian Women’s Resource Center in Minneapolis. In Minnesota, American Indian girls have 18 times the incarceration rates of white girls. They are often disconnected from family who themselves may be battling addiction and mental health problems. Native girls who are extremely poor and lack stable housing often get involved with gangs and drug and sex trafficking, said Patina Park, the center’s executive director.

The center’s programming seeks to combat those trends using a combination of state, federal and private funds to create culturally specific programs, including case management, support groups, housing and mental health services for American Indian women and girls and their families. The center also has youth-specific programming for girls ages 11 to 21, many of whom have been sexually assaulted, involved in sex trafficking or are at high risk.

The idea is to keep girls in school, off drugs and alcohol and focused on a future with a career, rather than turning to crime to make ends meet. The program, which is run with the help of the Fond du Lac Band of Lake Superior Chippewa, provides Native girls who’ve been cut off from their cultural heritage with a sense of community and purpose, Park said. Less than a quarter of American Indians live on tribal lands.

Since 1977, the White Buffalo Calf Woman Society on the Rosebud Reservation has been working with American Indian women and girls to address issues of sexual assault and domestic violence. Many Native juvenile girls are also victims of sexual abuse and family violence. But there are no such programs at the state and local level. Targeted programming coupled with more federal and state funding could make a huge difference in other cities and states with significant American Indian populations, Park said. “You could really change the disparity within the Native community fairly quickly and dramatically.”