US News and World Report: White House Report Focuses on Challenges Faced by Women and Girls of Color

US News and World Report: White House Report Focuses on Challenges Faced by Women and Girls of Color 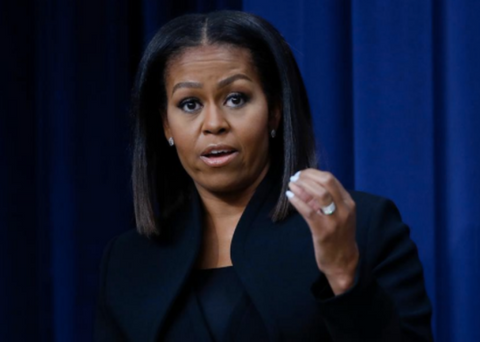 The third annual report shows more work needs to be done to address structural disadvantages in school and at work.

First lady Michelle Obama hosted the stars and director of the new film “Hidden Figures” at the White House on Thursday, encouraging women and girls to take inspiration from a decades-old story of achievement in the face of discrimination and sexism that, despite the progress of the past half-century, not entirely relegated to the past.

Reflecting on the waning days of her husband’s administration, the first lady used the opportunity to offer her own spin on American exceptionalism, as demonstrated by the film’s dramatization of the true story of three African-American women working at NASA whose math skills helped launch the first manned American spaceflight.

“What we saw in this film is that when we pull together men and women, people of every background and color and faith, immigrants who’ve come here from across the globe to make America their home – when we bring all of that brainpower to the table, anything is possible, even going to the moon, right?” she said. “That is how America won the space race in the 1960s and, as I said, that approach is just as important today.”

The first lady’s comments, in the light of the incoming Trump administration, were a plea for private partners and nonprofit groups to continue press forward on efforts launched by the Obama administration to focus on the lifting marginalized groups, in particular the White House Council on Women and Girls, established shortly after Barack Obama took office in 2009.

The morning following the film screening, at a less star-studded event at the Executive Office Building next to the White House, the council released its third annual report – “Advancing Equity for Women and Girls of Color” – detailing the unique challenges women and girls of color face in school and in the workforce, part of a targeted effort to address the structural disadvantages that keep them persistently behind their white and male peers.

“We have made significant progress across these five objectives … but are aware that there is still work to that needs to happen in the years to come to strengthen the voices and capacities of women and girls of color and their peers,” the report said.

Amid the lists of programs launched and grant funds disbursed was the recognition that the obstacles facing women and girls of color remain stubbornly in place.

Students of color remain targeted at significantly higher rates for discipline and punishments meted out are often harsher.

Compared to their white peers, data collected by the Department of Education’s Office of Civil Rights, black boys were three times as likely as the overall student population to be suspended during the 2013-2014 school year. Black girls were five times as likely as white girls to receive out-of-school suspensions.

“The data show clear racial disparities in school discipline; while 6 percent of all K-12 students received one or more out-of-school suspensions, the percent is 18 percent for black boys; 10 percent for black girls,” the report notes.

African-American girls make up more than half of girls suspended in preschool, even though they comprise less than half the female preschool enrollment.

Read the full article in US News & World Report.
White House Report: Advancing Equity for Women and Girls of Color