Tragedy ignites dialogue about the state of Black girls in society 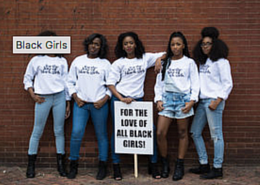 The UNIQUELY YOU SUMMIT, INC. (UYS) will address the alarming death of 16-year-old Amy Inita Joyner-Francis in a candid dialogue entitled “Conversations #ForTheLoveOfBlackGirls” on Saturday.

Last month Joyner-Francis, an honor roll student at Howard High School of Technology in Wilmington, was allegedly killed by a group of classmates. Her shocking death sparked national concern over society’s glorification of fighting and violence in popular culture and on social media.

“Too often the national dialogue about the state of Black girls doesn’t include the presence or voices of Black girls,” said Delaware County resident and UYS Founder and President, Shaleah Laché Sutton.

Through its programming and activities, UYS helps Black girls believe they can impact and create social, political and cultural change within their very own communities.

“I credit the time I spent with UYS for helping me to love myself despite the negative portrayals in the media today of Black women,” said Shannon Wilson. A Temple University student, Wilson began attending UYS’s annual summit in 2011 as a 13-year-old. “As a result of what I gained from UYS, I am now better equipped to help other young Black women discover and define who they are.”

Read the full article in the Philadelphia Tribune.