You are here: Home / Resources / Books / The Black Girl Pushout 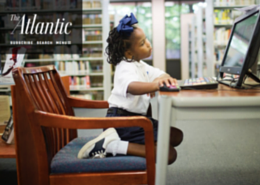 The “good girl” and “bad girl” dichotomy, as chronicled by Monique W. Morris in Pushout: The Criminalization of Black Girls in Schools, is a condition that has plagued black girls and women for time immemorial. Society’s deeply entrenched expectations of black girls—influenced by racism and patriarchy—has led to a ritual whereby these young women are often mischaracterized, and mislabeled because of how they look, dress, speak, and act. In short, black girls are devalued based on how others perceive them.

As evidence, Morris offers the historical account of a black teen named Claudette Colvin, who refused to relinquish her bus seat to a white passenger in March 1955 before Rosa Parks made history with the Montgomery Bus Boycott. Colvin was seemingly an ideal role model against segregated busing—she was an A student who had studied Harriet Tubman, Sojourner Truth, and Jim Crow racial injustices. Yet Colvin was feisty and argued with the white policeman before getting arrested. She was also working-class, dark-skinned, and pregnant. According to elders within Montgomery’s black community and others, these factors, taken all together, made Colvin unsuitable as a standard-bearer for the civil-rights movement.

New Report: Fight for Our Girls

A Congressional Caucus On Black Women And Girls
Scroll to top