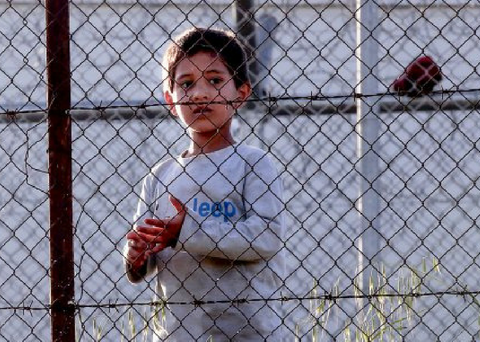 A 15-year-old girl who was forcibly separated from her mother after fleeing to the U.S. from El Salvador described to a Washington State investigator how she was crammed into a windowless room with 60 other girls and deprived of proper sleep or food for three days.

The room was divided by wire fencing into three cages, with each one holding 20 separated girls — some as young as 3 years old, according to an affidavit filed late Monday in federal court in Seattle. The girls, who weren’t told when they’d see their parents again, called it the “icebox.”

“The place was freezing because they kept the air conditioner on all the time, and each child was given a mat and an aluminum blanket,” the investigator for Washington Attorney General Bob Ferguson wrote. “The girls placed their mats in the floor very close to one another, since there was not enough space.”

Protests Across U.S. Call for End to Migrant Family Separations

Call for Ideas: Apply for Pillars Grants by July 31
Scroll to top