‘Surviving R. Kelly’ Spurs Change, But Years Of Activism By Women Of Color Made It Possible

‘Surviving R. Kelly’ Spurs Change, But Years Of Activism By Women Of Color Made It Possible 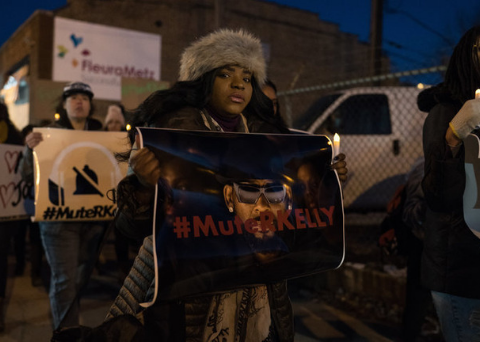 Lifetime, an American TV network known for programs like “Dance Moms” and “Project Runway,” saw its highest ratings in two years when it aired “Surviving R. Kelly,” an astonishing six-part docuseries featuring interviews with women who alleged they experienced abuse at the hands of the hip hop star.

An average of 2.1 million people tuned in to watch the show, and according to a Twitter representative, more than 2.6 million people with accounts tweeted about R. Kelly between Jan. 3 (the series’ premiere) and Jan. 7.

Since then, nonprofits and law enforcement agencies have reported concrete signs of change. The National Sexual Assault Hotline, which is operated by RAINN, the nation’s largest anti-sexual violence organization, told HuffPost that the service experienced a 20 percent surge in calls during the program’s air dates.

Cyntoia Brown, R. Kelly and the Refusal to Recognize Black and Brown Female...

Who Cares About Little Black Girls?
Scroll to top