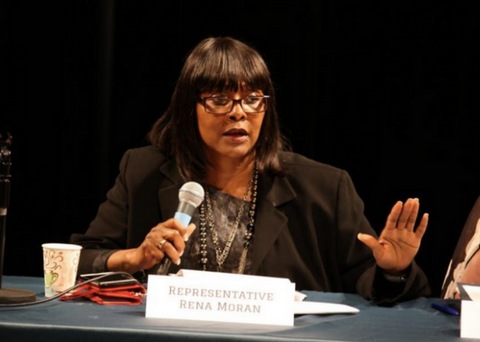 An event titled “Legislative Session Wrap-Up: Gender-Equity Style” was held at the State Capitol Building in St. Paul July 13. Moderating was Kabo Yang of Minnesota Women’s Consortium. One of the speakers at this discussion was Representative Rena Moran.

Moran represents District 65A, one of three Black legislators and the only Black woman legislator. Moran spoke about the Women of Color Opportunities Act and stressed the importance of legislation aimed at supporting women and girls of color.

“We know that women of color in Minnesota are strong, resilient, and dedicated to their families,” said Moran. “They are an essential part to the Minnesota economic and social fabric. They are also robust participants in the labor force.”

She continued, “The median earnings for African American women in Minnesota declined about 14 percent from 2013 to 2014. Over 64 percent of Minnesota’s African American female heads of households with young children live in poverty.”

Read the full piece on the Minnesota-Spokesman Recorder.

What Gabby Douglas and Simone Biles Mean Beyond the Olympics

We Can Only Be Stronger Together When We Recognize Black Women’s Chal...
Scroll to top