Sex Trafficking’s True Victims: Why Are Our Black Girls/Women So Vulnerable?

Sex Trafficking’s True Victims: Why Are Our Black Girls/Women So Vulnerable? 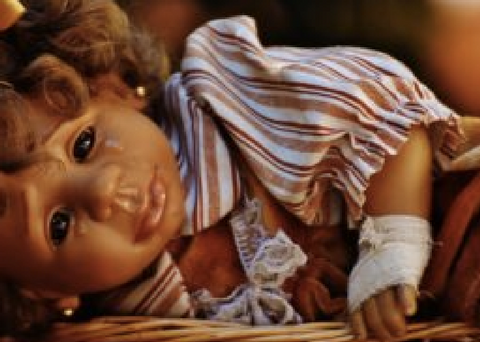 Mimi Crown’s story is like millions of others that have been and are being told across America. At age 21, she was abducted and forced into sexual solicitation.

“I had to ask permission to eat, to sleep, to buy myself feminine products or even to use my phone,” Crown said of her detention. “It felt like I was in a prison that I’d never get out of. I had no limits on what I should have been doing, however, sexually. I secretly did what I could to mentally deal with this at the time.”

The typical face of sexual trafficking in America today matches the faces of the 501 juveniles that have gone missing in the D.C. area in just the first quarter of this year. According to the FBI, 40 percent of victims of sex trafficking are African-Americans, with that number being significantly larger in the major metropolitan areas. In Los Angeles County, the African-American victim rate reaches 92 percent. In overwhelming numbers, the persons most likely to be victimized are vulnerable Black girls and women.

Per the FBI, 59 percent of all juvenile prostitution arrests involve African-Americans. With law enforcement more likely to see a Black sex trafficking victim as a prostitute and not as someone needing help, trying to find solutions toward keeping our girls safe may require a radical examination of the core beliefs American society is currently based on.

“I actually did not know what ‘human trafficking’ was, until it happened to me,” Crown, who wrote the book “Stuck in Traffic” about her experiences, added. “I was reading an article, literally just last year about a young woman who was rescued from trafficking and, in the story, it gave details of what happened to her. I said, ‘Wow, that sounds just like what I went through.’

“I would tell [the politicians] to stop treating victims/survivors of human trafficking like criminals,” she said. “These women have gone through unimaginable ordeals and the last thing they need is to have the finger being pointed at them.

“Did she rob someone? Yes, but she would not have done it had her pimp not first held a gun to her head. So, stop judging and start helping.”

Understanding why African-American girls are being targeted requires taking a critical look at those that are actually taking the girls.

Statistics show that African-American men are overwhelmingly the individuals that kidnap and traffic the majority of America’s sex trafficking victims. However, these traffickers are marketing and selling the services of their victims to a largely white, affluent base.

Due to this, prosecutions of offenders devolve into a question of credibility between a politically advantaged white offender and a vulnerable brown victim. Typically, the result of this is the victim being silenced and blamed for what was done to her.

“Most people who buy sex are those that have disposable income; they tend to be white men that are married that have an education,” Marian Hatcher, the senior project manager and human trafficking coordinator for the Cook County Sheriff’s Office of Public Policy, told Atlanta Black Star, quoting both national and internal research. “The people who are being bought are the people who needs are not being met, which typically are African-Americans. We are the ones that typically end up in the criminal justice system, so there are more of us that are involved in jail or juvenile detention.”

Hatcher, who as an adult was subjected to sexual trafficking herself, attributes this to the nation’s racial history. Drawing parallels to the United States’ Department of Homeland Security’s definition of human trafficking – which is “modern-day form of slavery involving the illegal trade of people for exploitation or commercial gain.” – Hatcher argued that sex trafficking victims are typically treated as chattel property, similar to African-American enslaved in the antebellum South. The mindset of being able to “buy a person” is a notion that is deeply ingrained in the American psyche and that never really left, despite changes in the legal reality.

In 2010, the Urban Institute conducted research in attempting to estimate the size of the underground commercial sex market in the United States. In the report that was released in 2014, in eight major American cities – Atlanta, Dallas, Denver, Kansas City, Miami, Seattle, San Diego, and Washington – the 2007 economic worth of the market per city was approximately $40 million and $290 million, with pimps and traffickers that participated in the study reporting taking home between $5,000 and $32,833 per week. The study found that while street-level solicitation has declined, the proliferation of social media and websites such as backpage.com and craigslist.com (which has, since the publication of the report, removed its adult services section) have led to greater proliferation of the solicitation of those involved in the sex trade.

The logic of why someone would engage in sex trafficking is clear; unlike drug trafficking, which deals with the selling of a consumable product, a sex trafficked victim can be sold repeatedly and traded to other traffickers. For the offer of protection, adventure, a better life, or an escape from the hardship of their current lives, girls everyday are willingly or forcibly placed into the possession of those that would sell access to their bodies.

If one was to create a Venn diagram of the forces that influences sexual trafficking, one would see that four different phenomenon are intersecting: white privilege/white access, racism, gender identity/gender objectification, and poverty. In order to find a valid solution to the question of the disproportionate way sex trafficking affect the African-American community, each of these phenomena must be taken on.

“The problems lie in the fact that most Americans see the typical sex traffic victim as a white, blonde hair, blue eyed girl and the typical juvenile prostitution arrestee as a Black woman,” Hatcher added. “Most people don’t realize that the two are the same person.”

“It is often when a women or child is exploited or prostituted, she may have to get services from agencies that are not culturally inclined,” Ne’Cole Daniels, founder of Survivors on the Move and founding co-chair of the anti-sex trafficking community World Without Exploitation, said to Atlanta Black Star. Daniels has shared that she was a victim of sex trafficking. “They are getting services from an agency that doesn’t understand our history, typically, a white social services agency. They are facing racism in the criminal justice system, being forced to pay higher restitution fees, getting more jail time, dealing with biased family service officers, and facing care plans that are difficult or impossible to complete, leading to a return to the life and recidivism.”

Read the full article in the Atlanta Black Star.