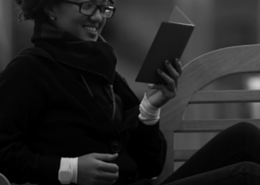 Black and mixed ethnicity girls are more likely to read than any
other ethnic group. So why are there so few books for them?

As a child, I remember spending most nights sneaking on my bedside lamp so I could stay up reading past bed time. I would do this at home, at sleepovers, and occasionally, when I could get away with it, in class. I found books feverishly difficult to put down, prone to obsessively repeating the mantra, “just one more page”.

Findings from a 2014 study by the National Literacy Trust show that black and mixed ethnicity girls between the ages of eight and 18, girls like I was, are more likely to read than any other ethnic group in the UK. Over 50% claim to read outside of class every day, and they’re also more likely to have a favourite book. An impressive 16% of black girls polled responded that they had read over ten books in the past month, something I imagine I could have also claimed quite comfortably a decade ago, but would find it impossible to admit to since reaching my twenties.

My old fervour for reading has waned in adulthood. I can speculate why this is: where some read books to escape into other worlds and other people, I’ve always preferred books that reflect what’s local, what I know and relate to. But as a black girl, and now woman, books rarely serve as a mirror for my experiences.

VIDEO: Data on Girls of Color