Real Equity Means Including People With Disabilities in Philanthropy

Real Equity Means Including People With Disabilities in Philanthropy 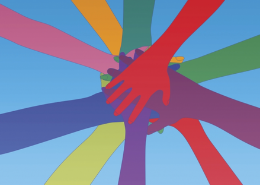 This year, the United States will celebrate 29 years of civil-rights progress under the Americans With Disabilities Act. And yet the more than 56 million Americans with physical, sensory, mental, cognitive, or intellectual disabilities — as well as those living with a chronic illness — continue to experience deep and persistent inequality.

How have most philanthropies taken on the inequities behind these shocking statistics? We haven’t. In fact, both of our foundations have recently faced criticism from disability-rights groups — and rightly so — for being a part of the problem: Too long, philanthropy has operated under the premise that “disability is a worthy cause, but it isn’t ours.” But relegating disability-related issues to a niche grant-making area or, worse, ignoring people with disabilities completely is no longer acceptable in philanthropy.

that intersects with everything philanthropies do, including issues as disparate as poverty alleviation, voting rights, criminal justice, and access to quality health care. Issues of disability affect people of every race, class, and gender identity, which means that ignoring those issues only compounds structural racism and class and gender discrimination.

Read the full piece in the Chronicles of Philanthropy.
Monique Morris: Why Are Black Girls More Likely To Be Punished In School?

Muslim American girls need to see their role models reflected in the spotlight,...
Scroll to top