You are here: Home / Resources / Insights / Melissa Harris-Perry: How Our ...

Melissa Harris-Perry: How Our Country Fails Black Women and Girls And why we need to talk about it.​ 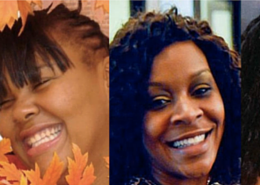 The following was delivered before the
Congressional Caucus for Black Women and Girl.

“I hold a professorship named for one of the most extraordinary Americans to live in the twentieth century. Born in 1928, Maya Angelou experienced childhood poverty and dislocation. She was raped by an adult man when she only seven years old. The brutality and unresolved trauma resulting from that early sexual violence stole her voice and shaped her young adulthood. Eventually she became an unwed teen mother. More than three generations after Maya’s childhood, poverty, familial disruption, sexual violence, interrupted education, and teen pregnancy remain key barriers facing black girls in America’s cities, towns, and rural communities.

Maya Angelou’s story does not end with her struggles; it only begins there. She was guided out of silence by the loving hand of an educator. Her teacher did not practice zero tolerance or call a school resource officer to slam young Maya to the ground. She saw the brokenness of a girl child who needed to be drawn gently back into the world. She helped Maya regain her voice through a love of literature and poetry. As a girl Maya was burdened with poverty and brokenness, but she also encountered meaningful opportunities to learn, grow, and discover her talents while experiencing the care of her community. Maya transformed these opportunities into a life of singular accomplishment and remarkable contributions.
Maya became a fierce advocate for voting rights and human rights, working first with Dr. Martin Luther King Jr. and Malcolm X and later with both Coretta Scott King and Dr. Betty Shabazz.  Recognizing the importance of race and gender health disparities, Dr. Angelou gave her name to the Maya Angelou Center for Health Equity at the Wake Forest University School of Medicine. In Washington, D.C., she enthusiastically contributed her name to the Maya Angelou Public Charter School offering second chances to young people emerging from juvenile incarceration. Maya Angelou’s path was not always pretty or polite, but it always affirmed that Black Girls Rock and Black Women Matter.”

Indeed, Maya Angelou’s story embodies the barriers and pathways for black women and girls we have gathered to discuss today. I believe she would be pleased by this unprecedented gathering of scholars, activists, artists, journalists, citizens, and lawmakers committed to eliminating injustices black women face. I believe she would commend each of the co-chairs for the visionary leadership to develop the first Congressional Caucus for Black Women and Girls. And I believe she would ask of the larger legislative body, “What took so long?”

Read the full speech in Elle.

How Do We Make It Up?
Scroll to top