One woman’s story shows how systems are failing black girls

You are here: Home / Resources / Insights / One woman’s story shows how sy...

One woman's story shows how systems are failing black girls 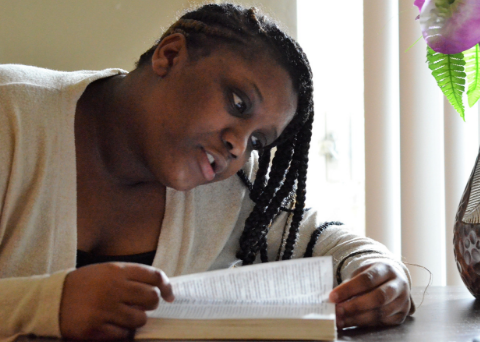 For the first time in a long time, C’alra Bradley felt a glint of hope.

It was an unfamiliar feeling for the then-18-year-old whose life had been disrupted and derailed by one roadblock after another. Once an A and B student who loved to read, she was living out of her white 1997 Toyota Avalon, on her own for three years, scrounging to get by.

But on July 18, 2016, as she attended one of her first classes at a GED and job training program in Houston, C’alra finally believed things were about to change.

She beamed as a career coach outlined the course ahead: the stipend for good attendance, the training on construction builds, the high school diploma at the end. C’alra (whose name is pronounced See-er-uh) could almost clasp the glimmer of a better life.

Then, with the coach’s next words, the vision evaporated: The students needed to wear work pants and closed-toe shoes for job sites.

A shadow flicked across C’alra’s face. The dress and flip-flops she wore were the only clothes she had. She had no money. No idea what to do.

One in 7 Latina girls in Philadelphia has attempted suicide, yet their struggles...