Obama Speech Focuses on Plight of US Black Women 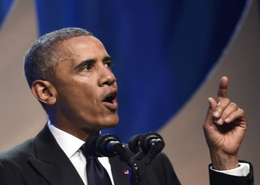 Speaking Saturday at the annual Congressional Black Caucus Foundation awards dinner in Washington, Obama praised the role black women played in the campaign for civil rights, from strategizing boycotts to organizing marches, even though they were not in leadership positions.

But he said that while black women and girls in the United States have made progress in terms of education and economics, they are still more likely to be mired in poverty due to working in low-wage jobs, and are incarcerated at twice the rate as white women.”

Obama’s call to lift up black women gets applause, but some want specific...