How NYC Public Schools Punish Girls for Being Raped

'This Is an Epidemic': How NYC Public Schools Punish Girls for Being Raped 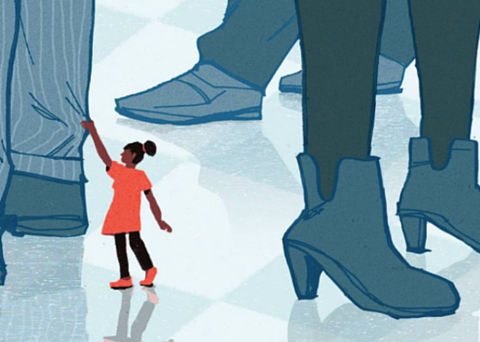 According to multiple federal complaints, young black students in
New York City are being forced out of school after being sexually assaulted.

According to three separate federal complaints filed in the past year, New York City’s Department of Education is allegedly plagued with systematic failures when it comes to preventing sexual violence and harassment in the city’s public schools.

Broadly has learned of at least three instances in which young black women reported to school administrators that they had been sexually assaulted by their peers. Instead of receiving support and intervention, however, the traumatized students allegedly endured retaliation—or even outright disbelief that the sexual assaults had occurred.

Lawyer Carrie Goldberg, who is representing the students, has filed complaints with the US Department of Education’s Office of Civil Rights (OCR)—each of which Broadly has reviewed in redacted form—charging discrimination on the basis of sex and disability, as well as retaliation. “The New York City Department of Education has a rape crisis, especially when it comes to young black girls who live in poverty,” she told Broadly in a recent phone interview.

According to the first complaint, in April 2015, an eighth grade student at Spring Creek Community School in East New York was attacked and raped by a classmate while waiting for the bus home from school. The assailant “surreptitiously used his cell phone to record himself penetrating [her] anus and mouth,” according to the complaint. In the weeks after the attack, the complaint alleges, the victim refused to eat, suffered from panic attacks, and “experienced excruciating pain in her body and genitals.”

Read the full article in Broadly.