This “New” Feminism Has Been Here All Along

You are here: Home / Resources / Insights / This “New” Feminism Has Been H...

Our grandmothers showed us a bigger, better feminism with women’s rights, racial equity, and gender justice at its heart. 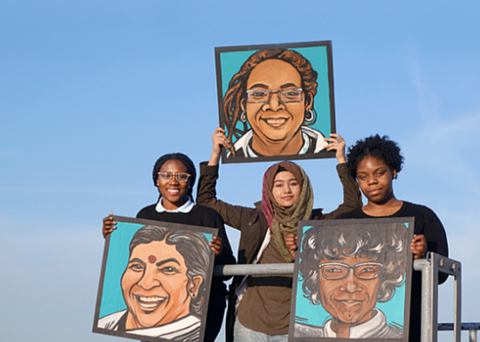 “Joanne Smith’s understanding of feminism is shaped in large part by her grandmother’s story. The now-deceased matriarch, then employed as a nurse in Haiti, wrote to President John F. Kennedy in the early 1960s seeking a way out of the country for her family during the turbulent reign of Haitian President François “Papa Doc” Duvalier. Kennedy responded, awarding Smith’s engineer grandfather a fellowship in Tunisia. But while in the North African country ahead of his wife and children, the man started a new family. Smith’s grandmother was undeterred by the betrayal and found a way to the United States and work that allowed her to eventually send for the children she’d left with relatives in Haiti.

Smith, who leads an organization in Brooklyn called Girls for Gender Equity, said that she remembers being told about her grandmother while growing up: “She got your grandfather the job. She accessed politics. She was educated.” That example now informs the work Smith does supporting the 11- to 24-year-olds who come to her organization for training in community organizing. “Her leadership shaped everything that I know about feminism and Black feminism,” Smith said.

Smith’s own identity is rich and layered. She is a Black woman, a Lesbian, a first-generation Haitian American, and one of three daughters raised by a single mother who earned a bachelor’s degree at the age of 50. These and other aspects of her identity figure into how she understands and lives feminism. In other words, she embodies what’s often called intersectional feminism. Through her organization’s work with the New York City Council’s Young Women’s Initiative and the White House Council on Women and Girls, Smith is one of many voices exposing new audiences to this intersectional approach. In the process, she often finds herself making a critical point: While her feminism—a feminism that takes into account the totality of a person’s identity and experience—may be a new concept for some, there’s nothing new about it.