You are here: Home / Resources / News / Making missing and murdered In... 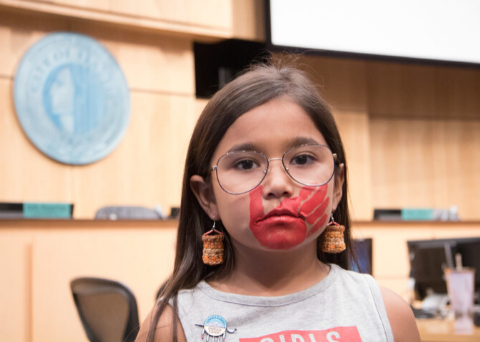 In January, Deb Haaland, a Laguna Pueblo woman from New Mexico, and Sharice Davids, a member of the Ho-Chunk Nation from Kansas, joined the U.S. House of Representatives as the first Native American women ever to serve in Congress; in June, the librarian of Congress named the first Native American woman as U.S. Poet Laureate—Joy Harjo, a member of the Muskogee Creek Nation.

A priority issue for Harjo, Haaland and Davids is the epidemic of violence against indigenous women and girls in the United States. “Congress has never had a voice like mine, a Native American woman who sees the blind spots that have existed for far too long,” Rep. Haaland said. “That’s why I’ve been working on multiple bills and legislation to address this crisis.”