How Do We Make It Up?

You are here: Home / Resources / Insights / How Do We Make It Up?

How Do We Make Up for the Way Our Nation Fails Black Women and Girls? 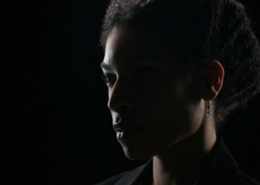 Just ahead of last weekend’s White House Correspondents’ Dinner, a gathering of another sort took place. Women from around the country came together at the Library of Congress to commemorate the launch of the Black Women and Girls Caucus, the first caucus to discuss the issues affecting black women and girls on a congressional stage. At the launch event, Melissa Harris-Perry, Black Girls Rock! creator Beverly Bond, and Congresswoman Bonnie Watson Coleman were on hand to discuss what this caucus means and how our country has steadfastly failed black women and girls.

What do you hope to get out of the Black Women and Girls Caucus?
Congresswoman Bonnie Watson Coleman: With the caucus, the three of us [herself and congresswomen Yvette Clarke and Robin Kelly] hope that we have elevated the discussion on the barriers, opportunities, areas in which we’re doing well, and areas in which we are being omitted in the discussion of public policy to help with the experience of black women and girls. We hope to be able to share information that we’re gathering, report out what’s happening, and at some point be able to make recommendations that are either executive or legislative actions.

Melissa Harris-Perry: I hope it’s an opportunity to testify to the work we’ve been doing in organizations and academic spaces. We’re trying to really highlight the lives of black women and girls. I hope I can bring some of my expertise and contribute it to the public record.

How do you think we’re failing our black girls?
Beverly Bond: There’s a lot of harm happening through media, and it’s not just the TV — it’s the radio, it’s the lyrics, it’s the internet. These kids are caught up in gossip and consumerism, rather than being innovators. If we want to change the message, we have to change the messenger. I don’t have all the answers, but I think there’s definitely something we can do.

I’ve seen from Black Girls Rock! how this can affect so many girls, and boys, too. You can’t come up in a world where you’re automatically dismissed. You might not have studied racism and clinical depression, but you know that that little boy doesn’t like you because of the color of your skin and the texture of your hair. That does so much damage. Black Girls Rock! has done so much to change that. Not just young girls’ minds, to affirm themselves, but young boys’ minds to say, Wow, black girls rock.

BWC: Women and girls have not been the center of discussion. I’m seeing that the impact that girls and young women have on their children of the next generation, it’s something that needs to get drilled down on. This is an opportunity to bring to light the vacuum of discussion that has taken place as it relates to black women.