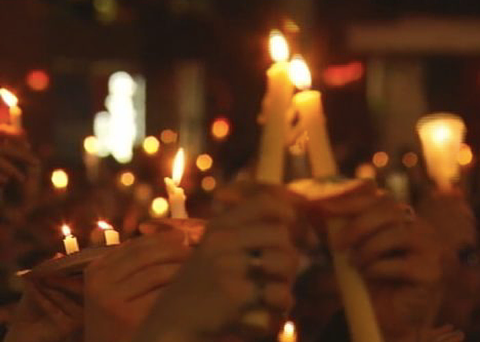 “Sadly, in the aftermath of the horrific shooting targeting the LGBTQ community, we have seen efforts to divide Americans and stoke fear and hatred against entire groups of people,” said Farhana Khera, executive director of Muslim Advocates. “This unity statement by LGBTQ and Muslim organizations urges all Americans to recognize that we are stronger together and that the Muslim, LGBTQ and Latino communities have shared identities, struggles and dreams.”

The joint statement draws inspiration from the overwhelming display of solidarity and resilience after the shooting—from the long lines of diverse Floridians lining up to donate blood, to the first responders who ran towards harm to help wounded victims and prevent more carnage.  It also recognizes that there are some who use fear and hate to divide Americans against each other and increase surveillance of entire communities, based solely on how they look or how they pray.

Read more and find the full statement on MuslimAdvocates.org.