You are here: Home / Resources / Insights / Juvenile Justice Reform Must A... 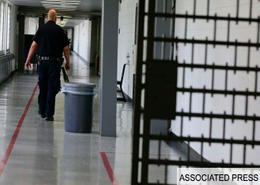 “After being in and out of court for offenses such as shoplifting clothing and fighting back at school, Destiny, a 15-year-old African American transgender girl, was sent to a high security juvenile detention facility for boys, since no other program would take her. Other youth at the facility regularly subjected her to sexual assault and intimidation. Meanwhile, the adults entrusted with her care did little to prevent this abuse, refusing to recognize her gender identity and even blaming her for the harassment. Once released, advocates worried that, if arrested again, Destiny would land in the adult criminal justice system, where she would be even less likely to receive services appropriate to her as a young transgender survivor of sexual violence and harassment.

Unfortunately, Destiny’s story is not unique. Far too many lesbian, gay, bisexual, transgender, or questioning (LGBTQ) youth who encounter the juvenile justice system are placed in facilities that fail to address past experiences of trauma or where they are at risk for sexual violence. Juvenile justice initiatives often fail to include the unique challenges confronted by young LGBTQ women of color in their approaches, making issues associated with sexual orientation, gender identity, and gender expression invisible.”

“Everything is Not Fine.” Inside a New Funding Push on Girls and...

Obama’s call to lift up black women gets applause, but some want specific...
Scroll to top