Inside Philanthropy: Staffing Up and Moving Money, Grantmakers for Girls of Color Charts a New Course

You are here: Home / Resources / News / Inside Philanthropy: Staffing ...

Inside Philanthropy: Staffing Up and Moving Money, Grantmakers for Girls of Color Charts a New Course 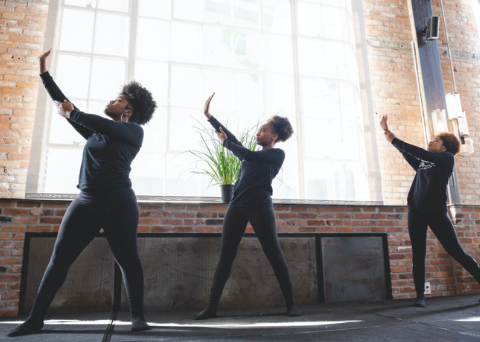 Girls of color face a variety of hurdles in the United States and around the world, but they receive a minuscule portion of philanthropic support—recently found to be less than 1%.

Grantmakers for Girls of Color (G4GC) aims to remedy this imbalance. The five-year-old philanthropic network and resource recently transformed into an independent nonprofit and grantmaker, and its first grants are directed to girls, fem(mes), and nonbinary/gender-expansive youth of color in response to COVID-19 in the U.S.

Now that G4GC is a standalone entity, identifying as a “funder activist organization,” it is in the process of building and refining its infrastructure and strategy. The group has already taken several steps in this direction, including forming an advisory committee of women leaders from the feminist funding world. It has an annual budget of $3.5 million and an anticipated staff of eight to 10 people.

The organization also brought on scholar, educator and activist Monique Morris as its first executive director in April 2020. We spoke to Morris about her background and hopes for this burgeoning organization.

A Leader Focused on Freedom

Morris has long focused on Black girls’ needs and dreams. She’s the author of “Sing a Rhythm, Dance a Blues: Education for the Liberation of Black and Brown Girls, and Pushout: The Criminalization of Black Girls in Schools,” and was an executive producer and co-writer of a 2019 documentary based on “Pushout.”

Much of Morris’ work has focused on girls’ experience in systems of education, particularly in relation to liberty and discipline. Girls of color receive outsized levels of punishment from the U.S. teaching force, which remains mostly white and female. During the 2013-2014 school year, nationally, Black girls were more than seven times more likely than white girls to be suspended. Latina students were almost three times more likely to be arrested as white girls. Multiple Georgetown Law studies have found adults view Black girls as more adult-like and less innocent than white girls, starting with girls as young as five.

And girls and women of color are more likely to be funneled into the criminal justice system. They are the fastest-growing populations in American prisons, according to the Institute for Women’s Policy Research. They also experience higher levels of physical and sexual abuse than their white counterparts.

Morris says she has long explored and “[interrogated the] overarching question of freedom, and I do it by considering all of the ways that racism manifests—structurally, individually, culturally and in internalized ways.” In her books, she covers the criminalization of youth as well as “culturally competent and gender-responsive learning environments for Black girls in confinement.” She considers all education work to be “freedom work,” and says this lens will inform G4GC’s vision of “girls and women having access to equity and justice.”

“It is my hope that in our efforts to resource the movement work that is currently manifesting, we are able to intentionally include a robust investment strategy that provides for the greatest opportunities for our girls to be free.”

A Dearth of Funding

G4GC focuses on increasing funding and other opportunities for girls of color and their organizations, as philanthropy is not centering these girls’ needs and priorities. In 2012, the Unequal Lives report from the Southern Rural Black Women’s Initiative found that of $4.8 billion in philanthropic investments for the U.S. South, 5.4% went to programs focused on women and girls, and less than 1% focused on Black women and girls.

During research for a 2019 G4GC report, “Start from the Ground Up: Increasing Support for Girls of Color,” the group held town halls with young women across the country. It found that of the grants awarded to organizations for girls of color in 2014, only 20% addressed issues these girls identified as critical, like mental health and affordable housing.

In early July, the Ms. Foundation for Women published a study on philanthropic giving toward the approximately 65 million women and girls of color in the U.S. Drawing on Candid grant data on groups who work with these populations, as well as funder and grantee surveys, it found philanthropic giving to women and girls of color accounts for about 0.5% of the $66.9 billion foundations gave in 2018 (using Giving USA data).

A few years earlier, in 2018, the Ms. Foundation released a five-year strategic plan that outlined a $25 million commitment to invest in women and girls of color and gender equity. Other major funding efforts that have targeted girls of color in recent years include Prosperity Together, a collaboration between the Obama White House, state-based women’s foundations and others; and NoVo’s 2016 $90 million commitment to “support and deepen the movement for girls and young women of color” in the U.S.

As we recently covered, NoVo has been a leading funder and ally for women and girls of color (including as a founding partner of G4GC) but recently took a big step back to revamp its focuses and strategies. It previously granted over $700 million to benefit crucial causes like adolescent girls’ rights, the leadership of women and girls of color, and efforts to end gender-based violence.

Earlier this year, to the dismay of many activists, it announced its “Advance Adolescent Girls’ Rights” team was departing, following other significant staff cuts, the departure of its long-term leader Pamela Shifman, and the abandonment of its ambitious Women’s Building project in Manhattan. NoVo reportedly intends to support adolescent girls through a new, yet-to-be-established freestanding nonprofit in the future. It also eliminated a grantmaking program called Ending Violence Against Girls and Women, along with most multiyear grants, which had been a lauded trademark of its funding style.

Morris is concerned that “issues and experiences impacting the quality of life for girls of color—Black, Indigenous, Latinx, Muslim, Asian and Pacific American girls—will continue to be relegated as niche, which can lead to an under-investment and erasure that prevents the realization of their potential.”

To address this issue, along with serving as a funder resource and convener, G4GC is now making grants. Its Love is Healing COVID-19 Response Fund has awarded close to $1.4 million to 75 organizations across the country. Love is Healing has given out two rounds of funding to grantees including A Long Walk Home, EveryBlackGirl, Inc., NBWJI, Daughters Beyond Incarceration and many more.

Women and girls, especially those of color, face compounded challenges during this pandemic. Morris previously told us that funders who want to help girls of color at this time can support education access and “culturally responsive mental health services [and] improved protection from gender-based violence and sexual assault,” as well as supporting girls in institutions and group homes, among other strategies.

As its strategies to center and uplift these girls continue to evolve, G4GC is taking time to learn and listen. Along with a 2019 listening tour and related research, it is carrying out a series of surveys to better understand the needs of funders within its sphere. Morris says one major theme that emerged from discussions with members of the G4GC network “is the changing needs of organizations following the pandemic,” including the need for office space, which has risen for some groups and fallen for others.

Not surprisingly, G4GC released a statement of solidarity in response to the current racial justice movement. In it, Morris names Breonna Taylor, among other victims of police violence, and notes that the “police killings of Black girls, including Tyisha Miller (age 19), Darnisha Harris (age 16), and Aiyana Stanley-Jones (age 7)” have not been met with the “widespread outrage” that arose for their male counterparts’ murders. “We stand in support of Gianna, George Floyd’s six-year-old daughter. We stand in support of Darnella Frazier, the teenaged girl who witnessed and recorded the now-viral video of George Floyd’s killing.”

We’ve pointed out in the past that boys of color have received waves of attention from funders interested in supporting youth confronting racial barriers, including through the major initiative President Obama launched, My Brother’s Keeper. The California Endowment, W.K. Kellogg Foundation, Robert Wood Johnson Foundation, Annie E. Casey Foundation, and Open Society Foundations have all made significant investments in Black boys and other young men of color. And a new locally focused grantmaking program from the Akonadi Foundation will devote $12.5 million to support young people of color of all genders to “end the criminalization of Black youth and youth of color in Oakland.”

RSVP: How Philanthropy Can Address Anti-Black Racism and Bias with an Intersectional...

Announcing the third and fourth rounds of grantees for the G4GC Love Is Healing...
Scroll to top