‘I Want Her Back’: Some Migrant Families Reunite, but Other Parents Grow Desperate

‘I Want Her Back’: Some Migrant Families Reunite, but Other Parents Grow Desperate 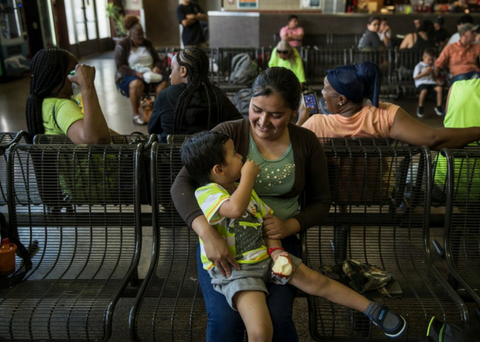 The Trump administration said Thursday that it had complied with a judge’s order and reunited all of the eligible children under the age of 5 that it had in custody with their migrant parents. But Nazario Jacinto-Carrillo’s desperate voice and haunting questions, repeated over and over on a phone line from Guatemala, made clear that the crisis over child separations remained far from resolved.

“When are they going to give them back?” Mr. Jacinto-Carrillo asked of the thousands of children still in custody. He had trekked to the United States with his 5-year-old daughter, Filomena. He was deported. She remains in foster care in New York, where she recently turned 6. “I want her back in Guatemala,” he pleaded.

Administration officials told reporters that the government had reunited 57 of the 103 migrant children under the age of 5, complying with a judicial order. The other 46 were deemed “ineligible” for a variety of reasons. Some of their parents had been accused of crimes. One parent had a communicable disease. In a dozen cases, the parents had been deported already without their children, making their reunification more challenging.