Women are taking to Twitter to turn the spotlight on what it means to be Latina in the United States. 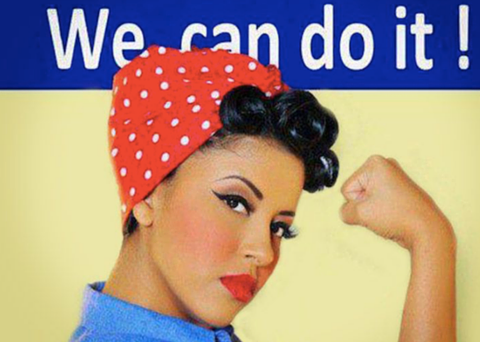 They’re part of the largest minority ethnic group in the United States, and now they’re using social media to speak out about the ways they’re stereotyped and shamed.

On Thursday afternoon, the hashtag #HispanicGirlsUnited began trending on Twitter in the U.S., detailing the experiences of Hispanic women who are sounding off about narrow beauty standards, cultural expectations, sexism, and racism.

The hashtag seems to have been started on Thursday morning by Twitter user Joyce Santeliz. She’d been replying to other Twitter users with the hashtag #HowItFeelsToBeAHispanicGirl. Santeliz added #HispanicGirlsUnited to a tweet about how members of the media “talk like you’re a bad thing in this country.” Since then the hashtag has been tweeted thousands of times and has started spreading to other social media platforms, such as Instagram.

So, Why Should You Care? According to the U.S. Census Bureau, there are 54 million Hispanics living in the United States. (The term used by the bureau refers to people with Spanish origins; “Latina,” preferred by many from South America, includes those with indigenous people among their ancestors.) That number is expected to soar to 128 million by 2060, or roughly 31 percent of the U.S. population. Forget the spicy sexpot or sexy maid stereotypes of Hispanic women in the media—a 2013 fact sheet from the Center for American Progress found they are “making significant strides in education, participation, health, and other areas.”

For example, Hispanic women are graduating from college at a faster rate than whites or any other group. They’re diving into entrepreneurship too: In 2011, nearly 800,000 were managing their own business, a 46 percent jump over five years, and a larger rate of growth than the 20 percent increase in female business owners as a whole over the same period, according to the fact sheet.

Read the full article on TakePart.