Why a Handbook for Native American Rape Survivors Is a Necessity

You are here: Home / Resources / News / Why a Handbook for Native Amer... 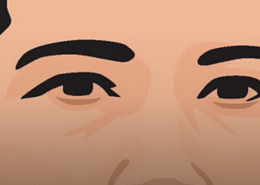 For Native American girls, the discussion on sexual assault is no longer what to do if it happens, but when it happens. According to the Department of Justice, Native Americans are 2.5 times more likely to be raped than other populations. One in three Native women reports having been raped.

To address the crisis, the Native American Women’s Health Education Resource Center has created guide for Native girls called “What To Do When You’re Raped.”. The free, online manual gives girls advice on seeking treatment from a local clinic, how to get emergency contraceptives, and what services are available to them.

Charon Asetoyer, executive director of NAWHERC and contributing editor of the book said the sexual assault crisis among Native girls and woman isn’t a hidden issue. Walking onto a Native reservation, she said, it becomes obvious. “If you were to come visit us on the reservation and see the young girls, 12- to 13-year-olds, pushing baby carriages, you would understand it in a minute,” she told the Huffington Post. “These are not pregnancies by choice — and their hopes and dreams of having a career and forming a family later on in life are gone.”

According to the manual, 92% of Native American girls who have had sexual intercourse report having been forced against their will to have sexual intercourse on a date, and that’s only the number of those who choose to report it. In the general population, 68% of sexual assaults go unreported. Because the number of Native women raped is so disproportionate to any other race or culture in the country, the NAWHERC chose “when,” over “if.”

Read the full article in TeenVogue.

Pushout: The Criminalization of Black Girls in Schools

Blurred Focus: The State of Black Women in the Rural South
Scroll to top