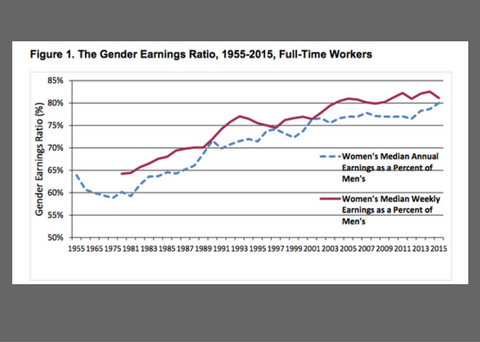 The ratio of women’s and men’s median annual earnings did not improve significantly during the last year, and has not seen a statistically significant annual increase since 2007.

If the pace of change in the annual earnings ratio continues at the same rate as it has since 1960, it will take another 45 years, until 2059, for men and women to reach parity.

Opening the Dialogue on Sexual Violence and Black Girls

The #1000BlackGirlBooks Campaign
Scroll to top