You are here: Home / Resources / Insights / Forging A New Way Forward At T... 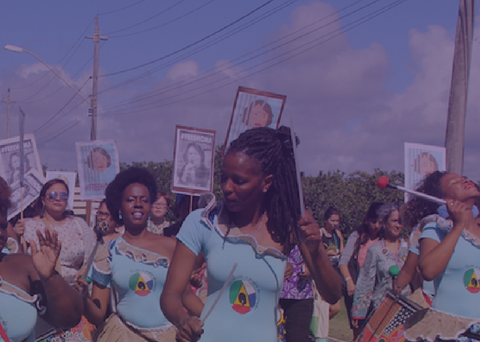 DJ D’bi Young’s words guided all 200 of us as we made herstory recently at the first global Black Feminisms Forum, held right before the Association for Women’s Rights in Development’s (AWID) official forum in Bahia, Brazil. We both came away feeling unbelievably energized and encouraged, as the lived realities of black women around the world were finally being shared among us. Our voices—amplified through expression, art, and culture—set the tone for our time in Brazil. The diversity of our experiences, languages, and fashions kept us conscious of the possibilities for a united future.

The location itself was symbolic. With 80 percent of its population Afro-Brazilian, Bahia State has a history of black liberation struggles. The state capital, Salvador, is a vibrant city, where capoeira, samba, and its many pastel colored churches conceal its dark colonial past. Right at the heart of the city’s center lies Igreja de Nossa Senhora Rosário dos Pretos (Church of Our Lady of the Rosary of Black People), which was built by and for the black community. Many Forum participants tied the Church’s special prayer bracelets around their wrists in solidarity.

The two-day Black Feminisms Forum kicked off with a stirring reminder from Kia Barrow, an activist from the United States. Although we are all working towards justice, we must do so with Audre Lorde’s words in mind: “We are not even supposed to be here.” The mere fact of being alive and black is resistance in a world whose entire structure and system has been manufactured for our demise. So starting from this place—of wanting liberation for all black women—we immediately embraced everyone in the room.

Throughout the forum, participants talked about remaining critical of the language we use and who gets included in the dialogue and who gets left out. One attendee raised the concern that panelists were not using inclusive language, often referencing us as “sisters,” while contemplating the futures of our “sons” and “daughters.” The critique that gendered language leaves out gender non-conforming people was met with love and understanding, as Afro-Honduran activist Miriam Miranda referenced us as her “comrades” and envisioned the futures of our “families.” Together we committed to using radical, inclusive, and intersectional language. We also acknowledged that sometimes we need to be okay with being uncomfortable, to change and to move forward together.

Read the full piece on Feministing.

FACT SHEET: Ensuring Safe and Supportive Schools for All Students