You are here: Home / Resources / Insights / Cyntoia Brown Is Getting Back ... 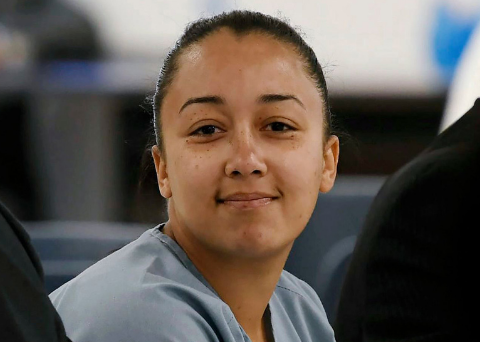 The cruel joke of being a poor black girl in the South is that you are grown before you ask to be, and your childhood slips away before you can spell. Black girls are not given the kindness that southern gentility cultivates for white girls who make a few bad choices. Instead, black women and girls like Cyntoia Brown are jailed, punished, and killed for trying to survive in a world in which they were never meant to last.

In 2006, at the age of 16, Brown was sentenced to life in prison as an adult for shooting and killing Johnny Allen. Brown testified in her appeals hearing that she had been abused, raped, and forced into survival sex work, and said she shot Allen in fear for her life when she thought he reached for a gun after he paid her for sex.

For the past 15 years, Brown was incarcerated in a Tennessee prison, but this January, news broke that she would be released in seven months after outgoing Republican Gov. Bill Haslam granted her a full commutation. She was officially released from prison Wednesday at age 31 and will serve 10 years of parole.

“At the crux of Cyntoia Brown’s story and her criminalization, we all can recognize that this baby does not belong in a cage at all and never did belong in a cage,” Brianna Baker, a teacher and the founder of Justice for Black Girls, tells Bustle. “She hasn’t had access to her girlhood for her entire life. Yes, we take the victory, but it’s bittersweet.”

Brown’s story is one of personal perseverance but also one of the power and strength of community organizing. The news of Brown’s commutation prompted a wail of relief from the black folks who have been on the frontlines of advocacy work around her case since 2011.

Sally Nuamah on how punishment against black girls impacts our democracy

How Negative Perceptions At School Can Impact on Black Girls And Their Educ...
Scroll to top