You are here: Home / Resources / Media and Video / How the Chicanas of Eastside M... 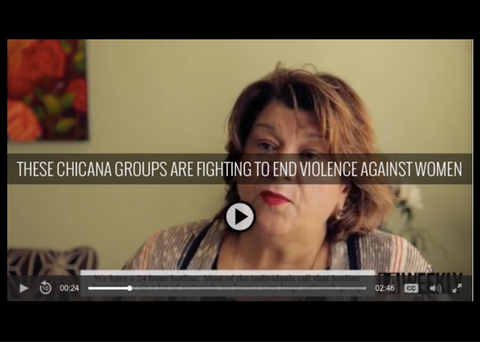 (Watch the video on LAWeekly.)

A Body in the Lake Lorenza Arellano was wearing only undergarments when her body was found floating in Hollenbeck Lake.

When Raquel Román first heard that a body had been found, she had a terrible feeling that she knew who it was. She called around to neighbors in Boyle Heights, asking if they had seen Lorenza. She tried to get in touch with her oldest daughter, who lived nearby.

For six months, Arellano, 36, had been coming to eat dinner with her husband and baby at the Guadalupe Homeless Project, a shelter in Boyle Heights that serves mostly immigrants. When she became homeless, Arellano couldn’t stay at the shelter because it housed only men, so she asked relatives to take care of her baby and she and her husband ended up living at Boyle Heights’ Hollenbeck Park.

“She was a great mother,” says Román, the director of Guadalupe Homeless Project. “She did that with very little resources, and her child was flourishing.” Whenever Arellano came to the shelter, she would make people laugh and offer whatever she had — chips, Gatorade, soda — to the person sitting next to her.

When Arellano’s body was identified, initial media reports referred to her as a transient and circulated a photo of her that looked like a mug shot. Police determined that her death was drug-related, but Román says they never got a clear answer as to why she was wearing only undergarments and in the lake.

It’s likely that she was a victim of street violence, Román says, adding that one in four women living in the streets experiences sexual violence, and many women become homeless to escape domestic abuse.

Watch the video and read the full article in LAWeekly.