In California, These Funders Want to Keep Kids Out of the Criminal Justice System

You are here: Home / Resources / In California, These Funders W...

In California, These Funders Want to Keep Kids Out of the Criminal Justice System 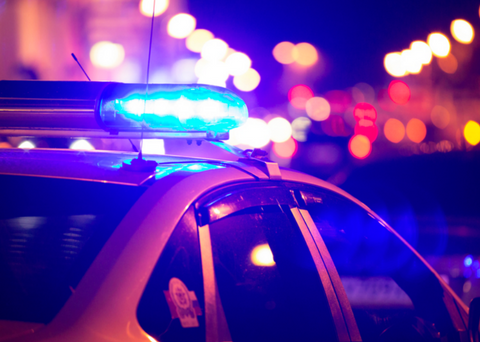 Reforming juvenile justice systems and ending the heartbreaking ways they can destroy young lives has been a philanthropic cause for decades. The Annie E. Casey Foundation has been most persistent funder in this space, hammering away with reform efforts since the early 1990s. MacArthur worked on the issue for 20 years before shifting the focus of its criminal justice work to over-incarceration and jails.

Local and regional funders are also involved in juvenile justice reform, and California is one place where this cause has drawn a fair amount of interest from grantmakers. For years, the state’s juvenile justice system—the largest in the U.S.—has been the focus of outrage and intense criticism for its inhumanity and ineffectiveness. Efforts at reform have yielded some success. The population of incarcerated youth in California is much lower today than a decade ago—a drop that tracks with national trends.

But plenty of kids in California still get caught up in the juvenile justice system, which can undermine their life chances. And the vast majority of them are black and Latino. One group of grantmakers paying attention to this problem is the California Funders for Boys and Men of Color (CFBMoC), which is all about improving outcomes and expanding opportunities for African American, Latino, Asian Pacific Islander and Native American boys and young men throughout the state.

There are a lot of big funding partners involved in this collaboration, and increasing interest in the reasons that many young people of color are embroiled in the juvenile justice system. A few months ago, more than 25 foundations came together to discuss ways to transform Los Angeles County’s youth justice system. Currently, the county incarcerates more young people than anywhere else in the nation.

The effort was led by the Liberty Hill Foundation, and big takeaways from the meeting were the racial disparities of youth in juvenile hall (94 percent of the youth in jail here are boys and girls of color) and the fact that at least 95 percent of youth in the local juvenile justice system were once part of the child welfare system. But another takeaway is that funders and community organizations have made a difference in the past decade in reducing the number of youth who are locked up. Funders believe they can make a greater impact yet, especially if they work with other stakeholders, including from government and the private sector, and use research to inform the quest for systemic change. The goal, here, is to reduce youth involvement with the justice system and develop a system that focuses on prevention rather than punishment in Los Angeles County.

This investment couldn’t have come at a better time, considering that Los Angeles County recently launched a new department focused on youth justice, and committed $26 million to support related programs.

Shane Goldsmith, president and CEO of the Liberty Hill Foundation, said, “We are in the midst of an incredibly historic moment for youth justice reform in Los Angeles. Research has proven that second chances and community support are cheaper and more effective than time in jail or prison. We are investing in projects that have been proven to work in keeping our kids out of the criminal justice system and improving public safety for our communities.”

The four foundations behind this commitment share a common interest in promoting racial justice and equity right now. In California, as elsewhere, a rising focus on race has gone hand-in-hand with new attention to reforming criminal justice practices.

Read the full article in In Philanthropy.