You are here: Home / Resources / Insights / Why Black Women Matter

A series of recent protests have highlighted the distinctive role of female activists in the African American community. 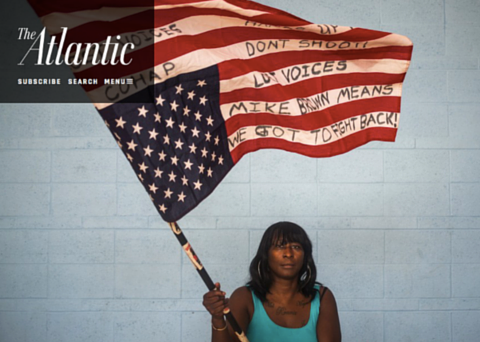 From Falcon Heights, Minnesota, to Baton Rouge, Louisiana, the last couple weeks have brought renewed attention to the lives, struggles, and activism of black women. Three Atlantic staffers discuss how recent events have focused attention on the distinctive challenges African American women face, and how they respond.

Juleyka Lantigua-Williams: This week, a single image from a protest in Baton Rouge captured something I have been thinking about a lot in the last two years: the unmatched role of black women in protecting black men—and by extension black lives—and by further extension, all our lives. The powerful image shows Ieshia Evans standing in a flowing summer dress as two policemen dressed in tactical gear approach her.

Less than a week ago, I agonized with Lavish Reynolds as she broadcast live on Facebook as her boyfriend Philando Castile lay dying in the passenger seat after being shot four times by a police officer during a traffic stop. Last year, I witnessed Bree Newsome scale the flagpole at the state capitol in South Carolina to remove the Confederate flag. I have also seen scores of black women arrested during protests in the last few months as they fill streets and block highways to ring a bell against injustice. They have done all this while risking their safety and lives. That black women are and have always been the pillars of black activism, from before the Civil Rights and well before, is not news. Mamie Elizabeth Till-Mobley allowed gruesome images of her son’s mangled corpse to be published in 1955, daring the entire country to look away from the gore of the era. Rosa Parks. Coretta Scott-King. Fannie Lou Hamer. These are the historic icons Americans learn about. But there are countless more whose names are never learned or already forgotten.

For every hero publicly revered, there are countless black women doing equally important work in homes and neighborhoods. I am not a black woman but I have benefitted from their work as an immigrant woman, as a woman and mother of color in this country. My understanding of their contribution to my life and our society is more complete because I can now clearly see that for many black women the call to act, the instinct to protect, and the push to right wrongs is rooted in a personal imperative tinged with necessity and courage.

Read the full piece in the Atlantic.