This Is Why Some Black Girls Aren’t Finishing School

You are here: Home / Resources / Insights / This Is Why Some Black Girls A...

This Is Why Some Black Girls Aren't Finishing School 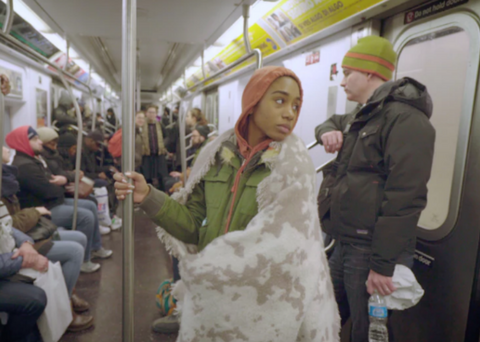 Last year, the White House launched an initiative that aims to educate girls around the world. Let Girls Learn is an important campaign by the Obamas which seeks to lead to greater economic security for about 62 million girls and their families.

But civil rights advocate Kimberlé Crenshaw says there are girls in our own backyard who are not getting the quality education they deserve, and the women most likely to be disadvantaged are black girls and girls of color. For the latest installment of Bustle’s NSFWomen docuseries, Bustle talks to young black women about the barriers they face when trying to get an education.

“I usually have to pick up my brother after school. And it takes me about an hour and a half to get to his school,” DeBique tells Bustle. “I had to learn how to manage my time a little bit better. I definitely learned how to take care of other people cause I can’t just pick him up. I have to pick him up, watch him, feed him, for the most part.”

The statistics on black girls and education are sobering. According to the Office of Civil Rights, 12 percent of all African American girls in school received an out-of-school suspension in the 2011-2012 school year — that’s six times the rate of white female students. And black women have it hard from the get-go. African American women have higher rates of poverty than white men or women, at all levels of education, according to data from the U.S. Census Bureau.

And among African American women who are 25 and older and without a high school diploma, 43 percent are living in poverty. This staggering statistic is compounded by the fact that a large number of African American are disproportionately reliant on the income and the social stability of their mothers, Crenshaw tells Bustle. (And let’s not forget about the fact that women earn less than men, and the wages of black women are all the more suppressed when compared to wages of white women.)

When it comes to education, black girls are fighting institutionalized racism, gender biases, economic disadvantages, and add on the other struggles most all adolescents face in school, such as bullying and peer pressure, and you create, as Crenshaw says, a perfect storm for black girls to drop out of school.

Read the full article in Bustle.

US News and World Report: White House Report Focuses on Challenges Faced by...

OpEd: How to Fight for Women and Girls of Color While Trump Is President
Scroll to top