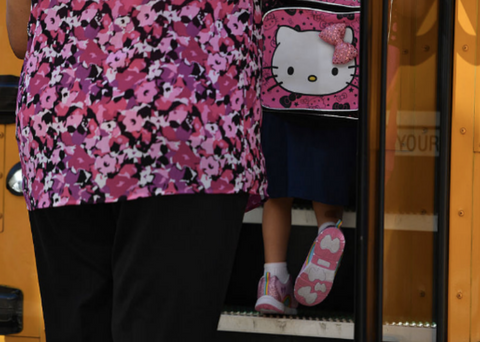 Her mother had just dropped her off at school when second-grader Irma Lopez turned to see law enforcement agents take her into custody for having expired immigration documents – an event that eventually led to her mother’s deportation back to Mexico.

Three of Lopez’s younger brothers and sisters – ages 6, 4 and 5 months – were still in the back of the beat-up van she had jumped out of minutes earlier, and it would be up to Lopez, the oldest, to help raise them. It wasn’t long after that, living in a small apartment with her grandfather and nearly a dozen people total in the rural farming community of Immokalee, Florida, that her stepfather, an alcoholic, began sexually abusing her.

“I had a lot of anger issues growing up,” Lopez said, speaking at an event at the White House on Monday. “I was very traumatized so I was always angry. I really didn’t take much from anybody. Growing up, I was always suspended for threatening teachers, fighting boys, fighting girls – anyone who would come up to me.”

A significant amount of research focuses on the education challenges facing boys and young men, particularly male students of color, and it’s fueled an uptick in state and federal programs, including the Obama administration’s hallmark My Brother’s Keeper initiative, that aim to address drop-out rates and halt the school-to-prison pipeline.

But amid mounting criticism that girls of color are being ignored, policymakers are now beginning to take a hard look at the obstacles girls face when it comes to education. And those obstacles took center stage Monday during the White House event, which brought together administration staff, policymakers, teachers, school administrators, counselors and doctors.

“Frankly, far too often, [girls] have waited in the shadows for their time to come,” said Jeannette Pai-Espinosa, president of The National Crittenton Foundation, an organization that helps girls impacted by childhood adversity.

FACT SHEET: Ensuring Safe and Supportive Schools for All Students
Scroll to top