Audio: A 6-Year-Old Migrant Girl Tries To Navigate The U.S. Detention System On Her Own

Audio: A 6-Year-Old Migrant Girl Tries To Navigate The U.S. Detention System On Her Own 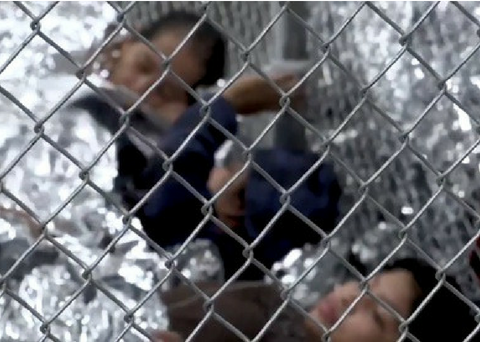 Critics have called the Trump administration’s practice of separating children and parents intercepted at the border “inhumane,” “cruel,” and “immoral” on principle.

A recording from a children’s detention facility shows what it sounds like in practice. Inconsolable children calling for their parents can be heard in the audio obtained by ProPublica. An adult man responds, apparently in jest: “We have an orchestra here.”

One girl, a six-year old from El Salvador, stands out. She insists on talking to her aunt. She eventually achieves her goal, according to ProPublica, which was able to reach the girl’s aunt.“It was the hardest moment in my life,” the aunt told the news outlet. “Imagine getting a call from your 6-year-old niece. She’s crying and begging me to go get her. She says, ‘I promise I’ll behave, but please get me out of here. I’m all alone.’”

The long-lasting health effects of separating children from their parents at...
Scroll to top