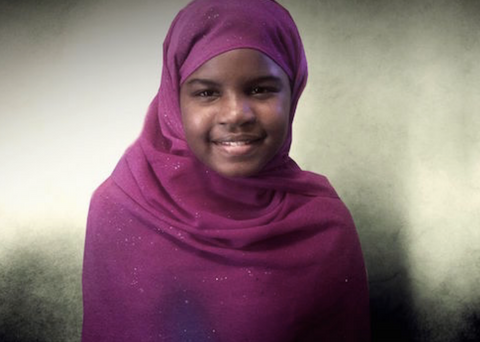 FLORIDA – A nine-year-old Muslim girl and her mother in Florida are speaking out about being bullied by other kids because of their faith.
Living in Florida, Tiffany Rivera knew there was a risk her daughter would be bullied by other kids. In an article that appeared on fusion.net, the mother and daughter described their struggles.

“She is a black American, Muslim, and female, so she got three strikes against her,” she said of her nine-year-old girl Khadijah, an aspiring entrepreneur who also takes classes in mixed martial arts.

But Rivera could never have predicted the bullying would get this bad.

She and her daughter said the kids in the trailer park residence where they live have snatched Khadijah’s headscarf off her head, made obscene gestures at her, slapped her in the face, and even threatened her with a knife.

“They throw rocks at me and call me ISIS. I don’t even know what that is,” Khadijah told Fusion in a recent phone interview. She said she was frightened to play outside now, and that she recently stopped wearing her hijab, a religious covering worn by Muslim women, because it made her a target.

Khadijah’s story is a reminder of who gets hurt when bigotry goes unchecked.